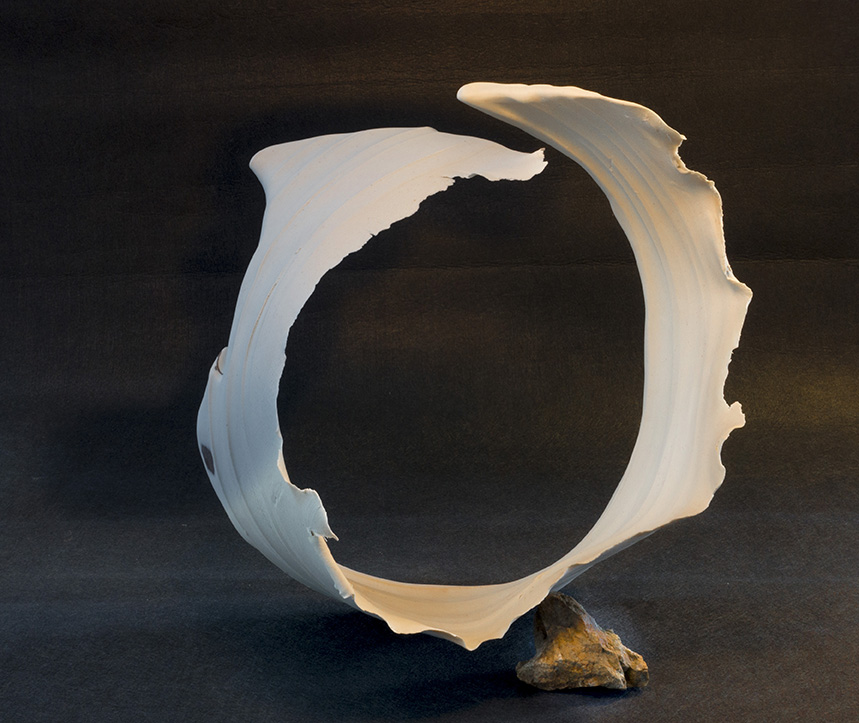 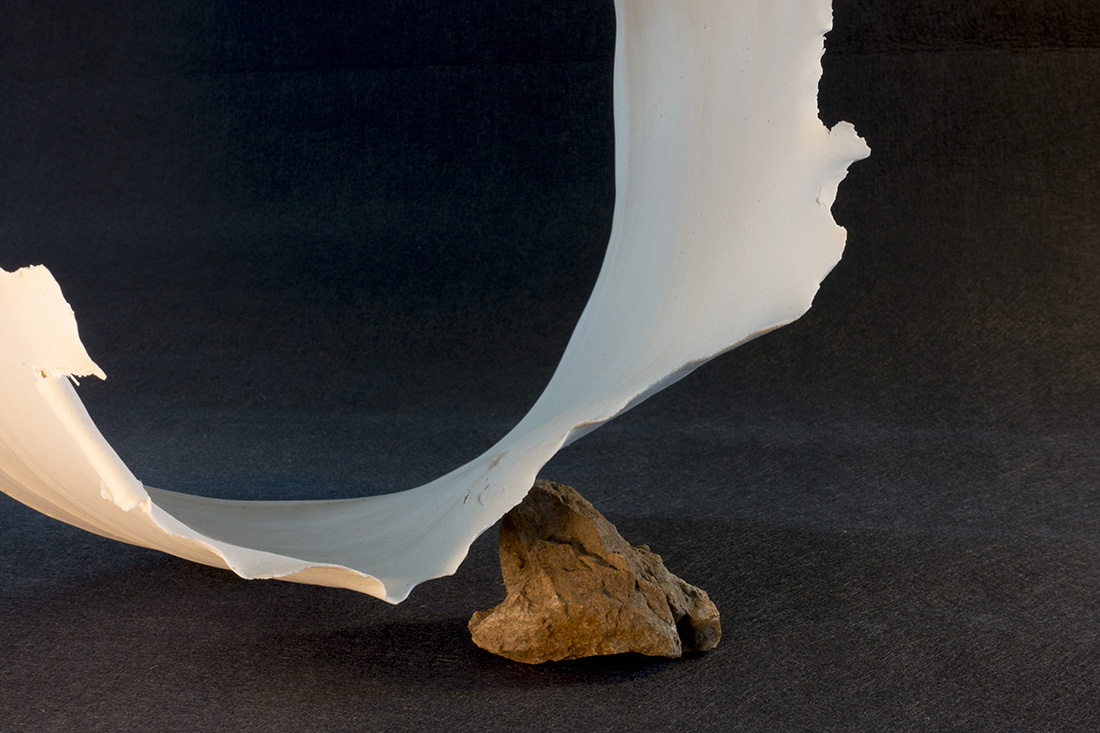 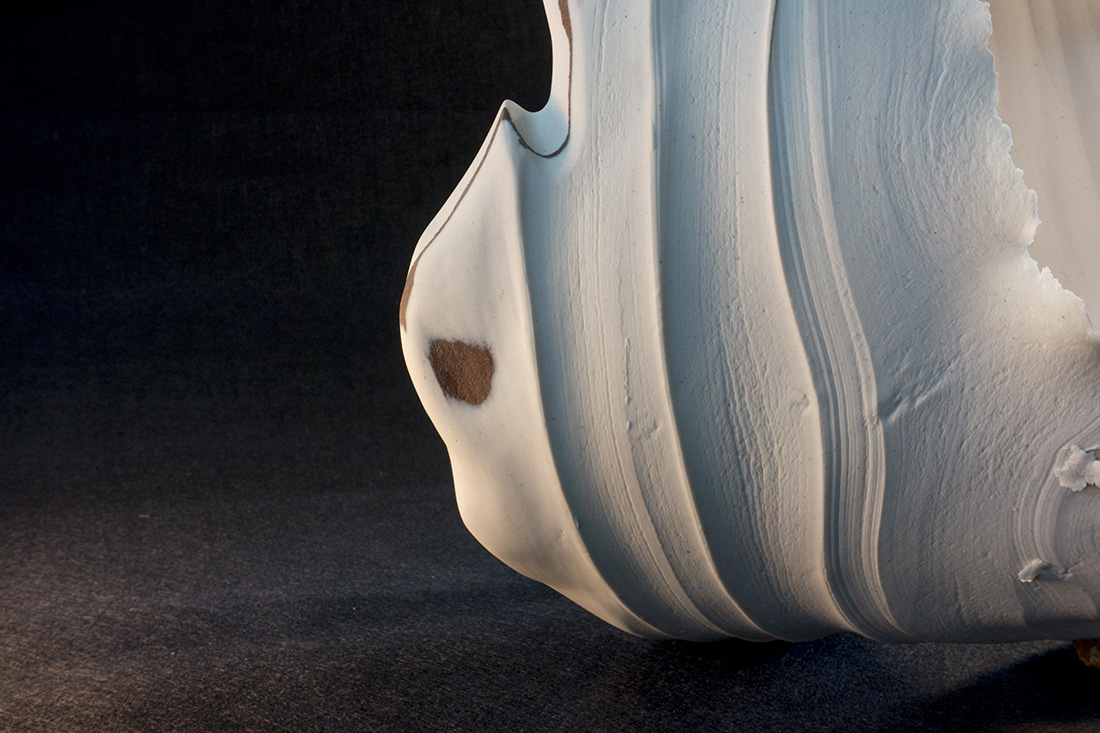 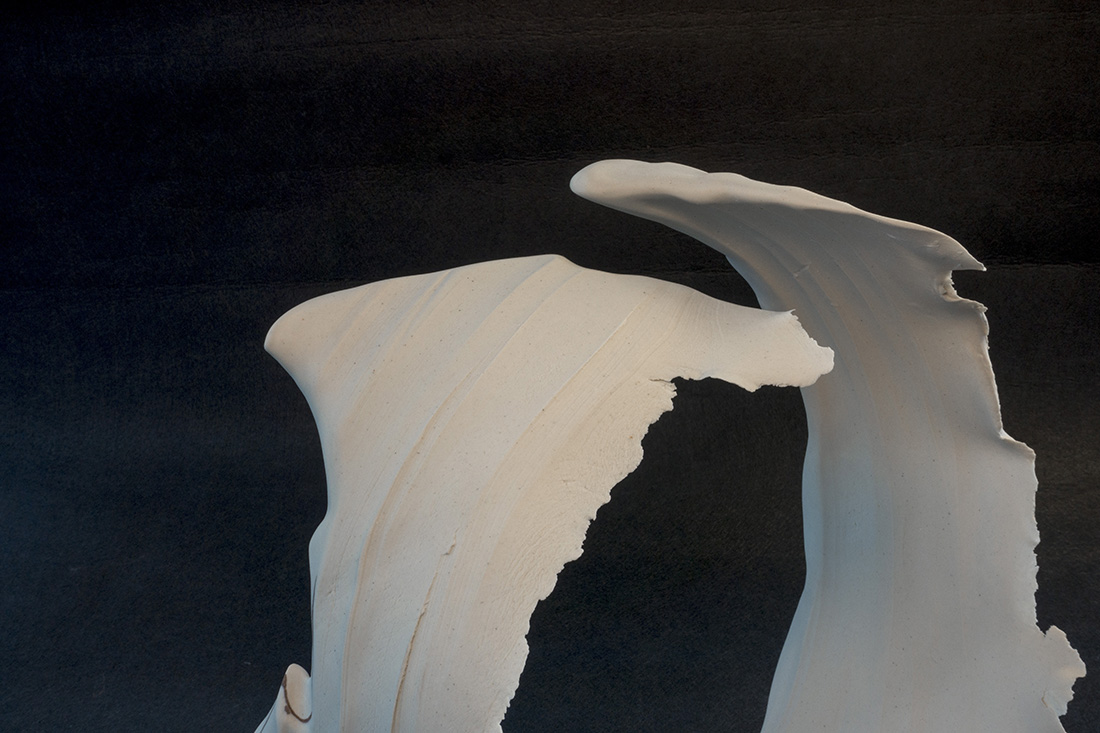 Here I explore my own relationship with clay and the way reacts to my bodily movements. I start by throwing a bowl on the potter’s wheel, squeezing the clay between my hands and allowing it to record my finger-marks. The centrifugal and centripetal forces encountered while throwing are the same as those found throughout nature, whether it be electrons rotating around a nucleus, the earth spinning on its axis and rotating around the sun, or the powerful force of typhoons and tropical storms. While still fully malleable, I upturn it and allow nature’s greatest force, gravity, and the kinetic energy from shaking to stretch its walls. When taken to its limit the wheel-thrown rim tears away from the body creating a new rim as the outcome of gravity and chance: it can never be recreated. Contrasting the thin fractal-like edge, is the heavier, stronger, bone-like structure. The dialogue between the opposing edges and the distended throwing marks highlights the tension created during the making, that is made permanent during the firing process. It is a dialogue between the constructed and the organic, between mankind and nature.

White stoneware and porcelain with inclusions of deep red raw clay that was dug locally. The thrown form sits upright upon a stone retrieved from the same location as the raw clay inclusions. 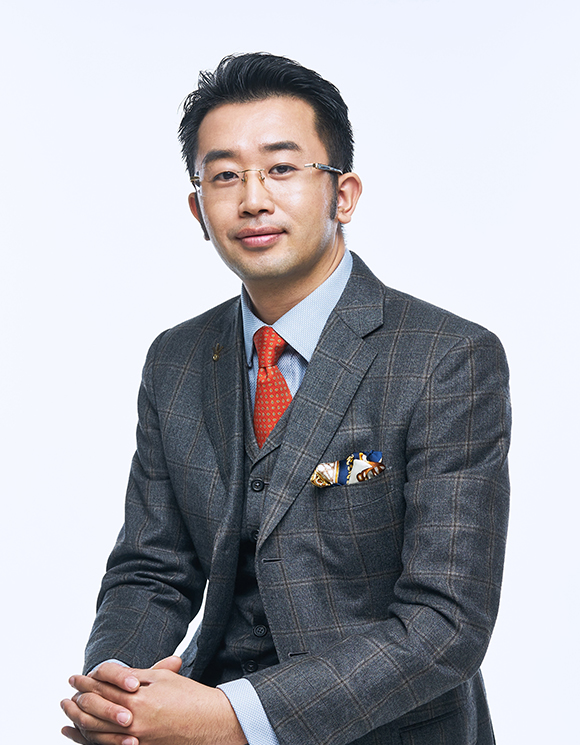 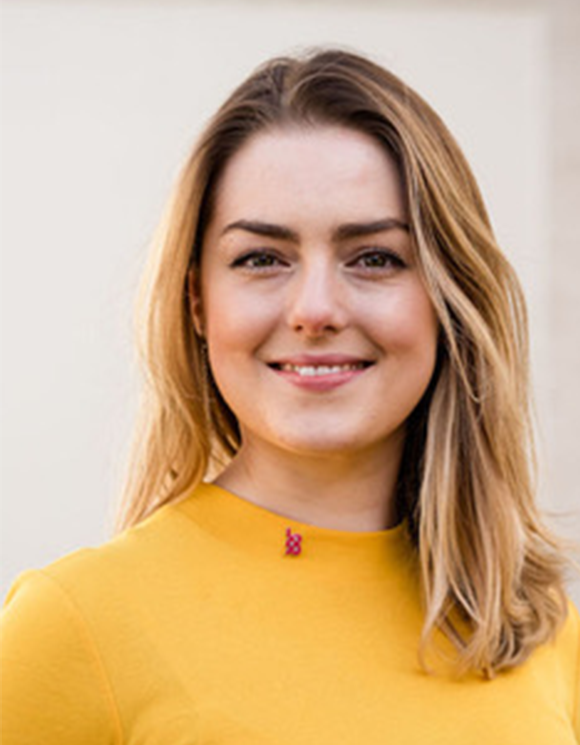 This is a very successful body of work. Simple, clean, delicate and an interesting combination of clays, porcelain and grogged stoneware. The concept is interesting and original, it's clear and curious to see her bodily experience with clay explored in the finished work. This is a very thoughtful approach to making and throwing in a non-functional way.

I hope you express your form and texture more naturally.