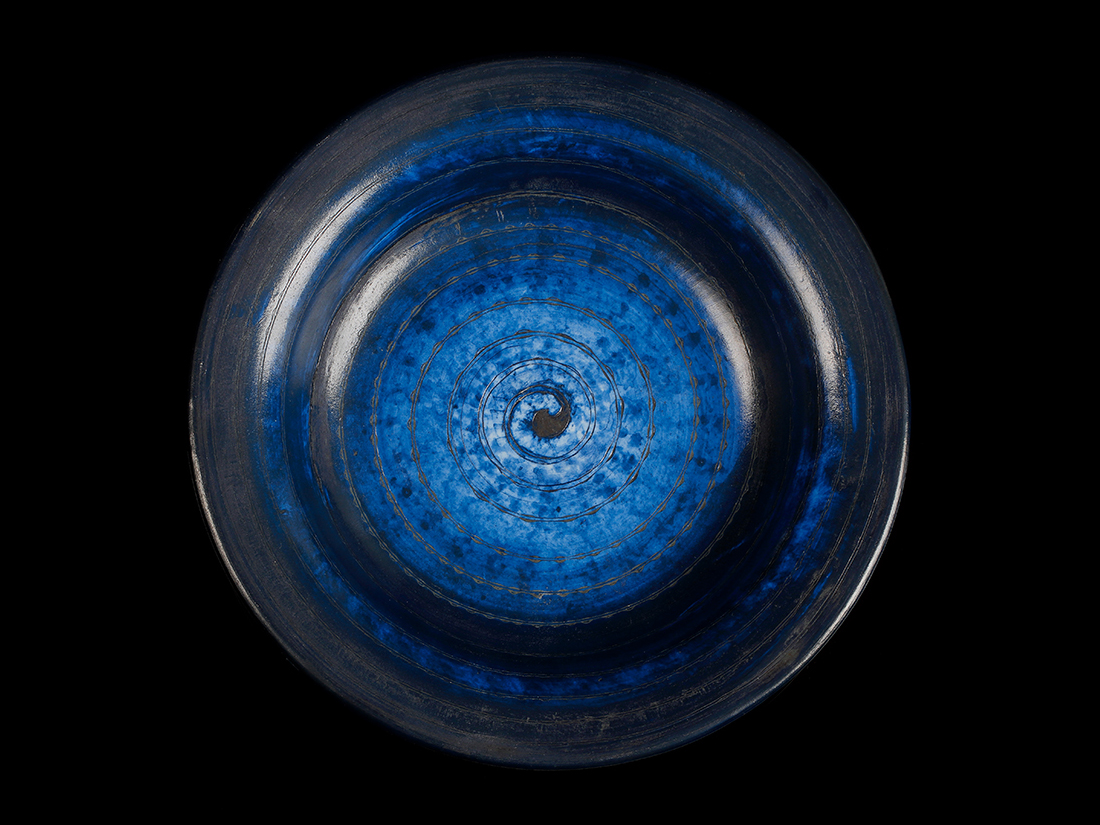 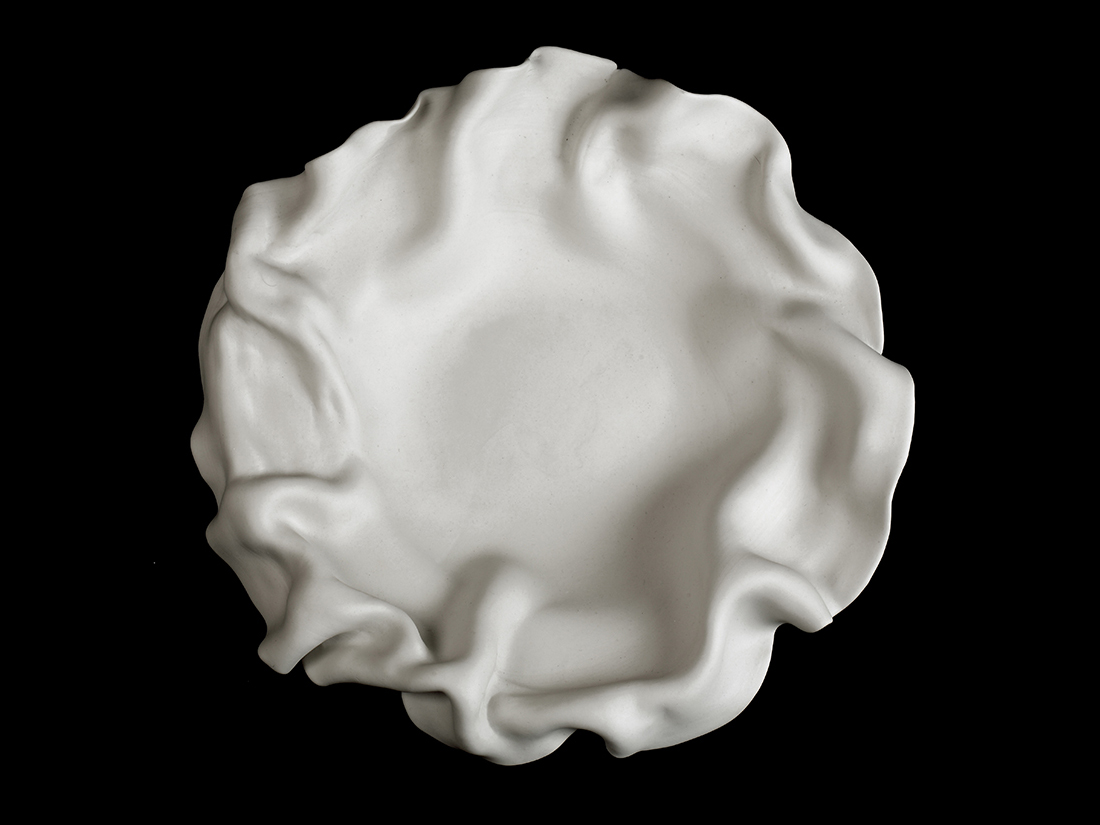 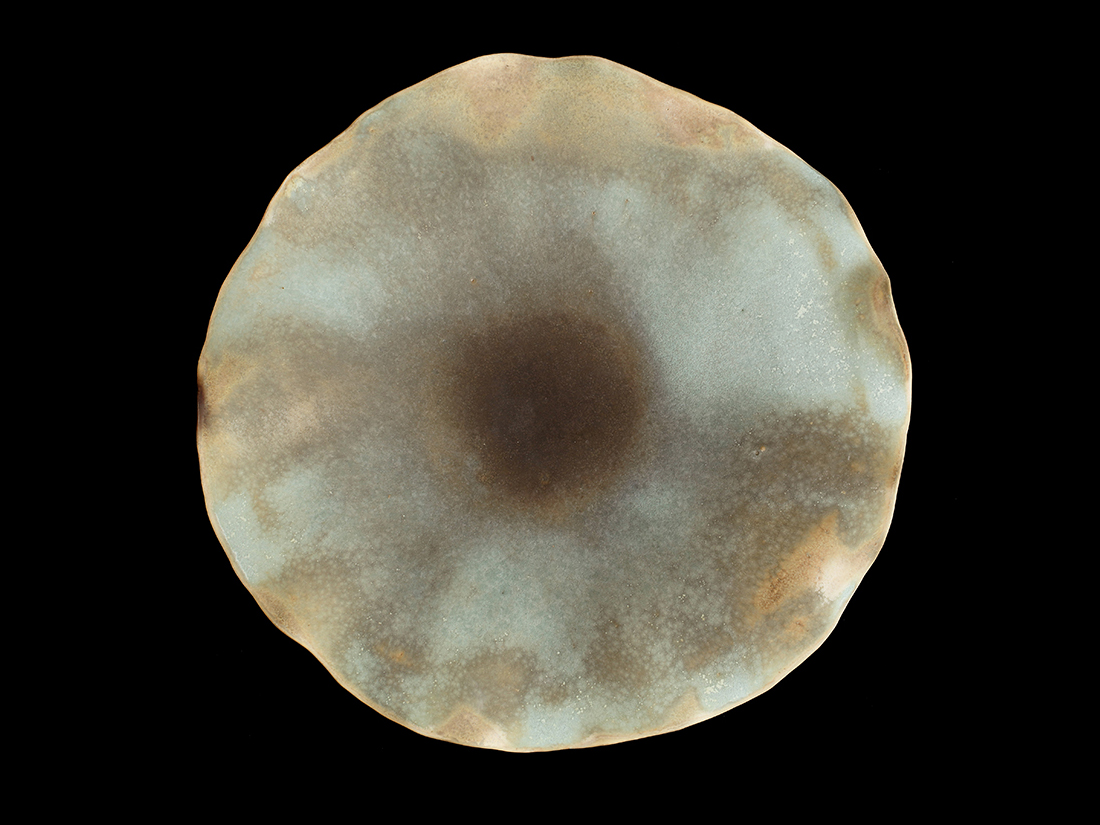 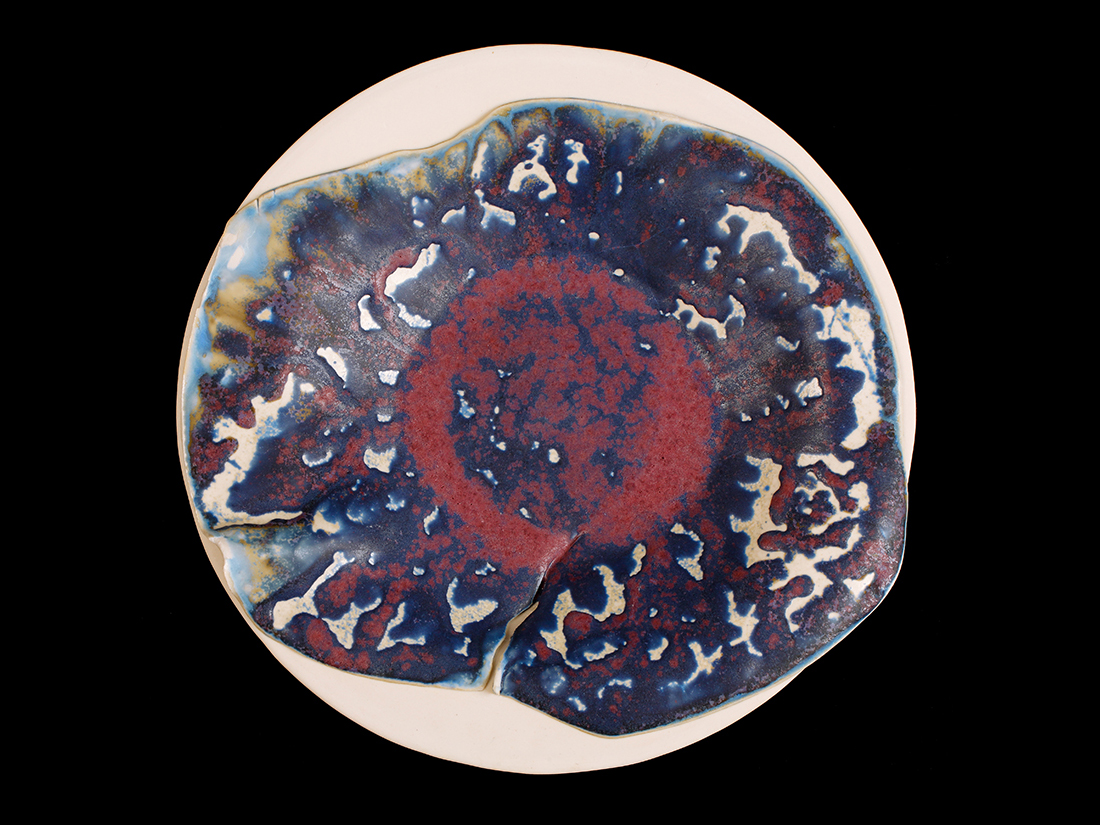 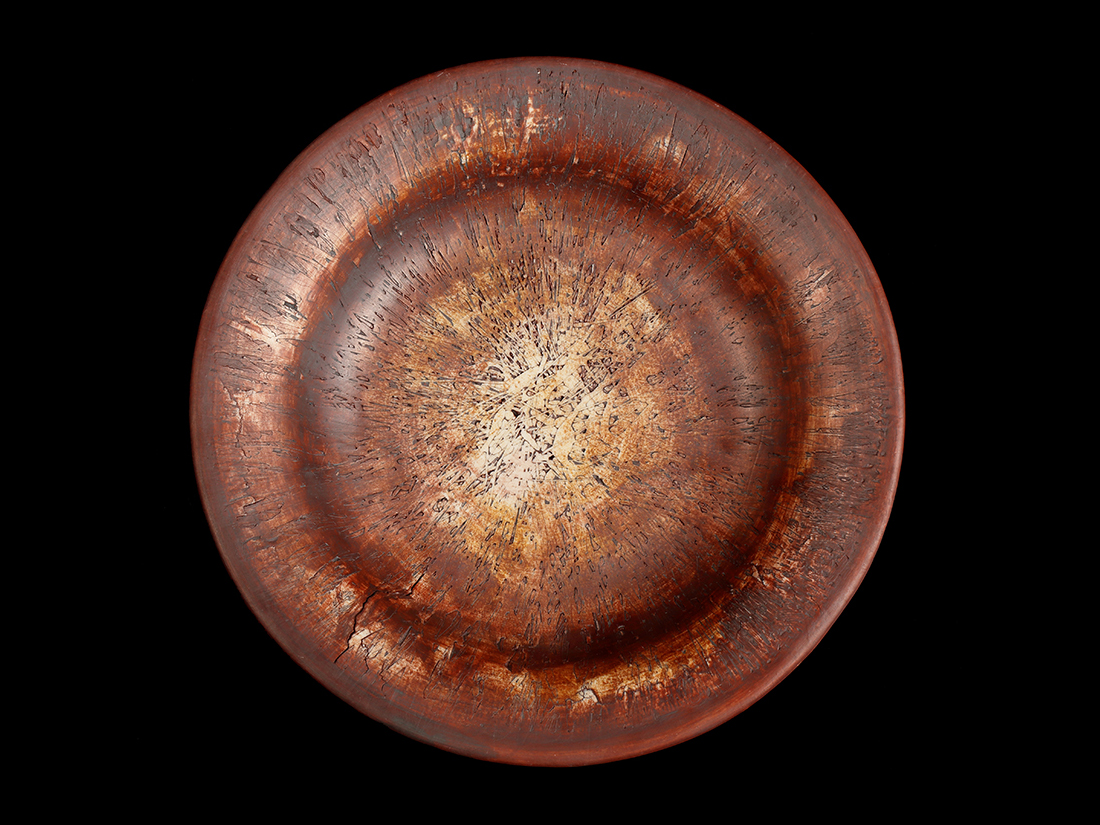 The country - where I belong to - has a centuries-old folk tradition of plates hung on the wall. Those plates are rather pictures, but in ceramics "language" made by clay. I wanted to re-create the decorative function of hanging plates mixed with the Eastern traditions of clarity using porcelain material. The four plates form a series, they represent four elements. The water in the form of a clockwise vortex, the wood in the form of its organic blooming, the fire in the form of the colorful glow, and the metal in the form of the corrosion. The fifth element is the earth itself, equal to the clay, formed by a fifth plate, but in this case it is placed horizontally. It represents the pure white porcelain mixed from the components from the ground. The setting of the last plate suggests the essential connection between ceramics and each ancient element.